‘Unity’ is part of the Paper Artist Collective project sponsored by Senses Paper. The brief was to create an English alphabet A-Z out of Senses paper. The letter, as well as the colours, were allocated to each artist randomly and was revealed as a surprise.

When the letter U arrived, the first word which came to mind was unity. The concept and the unique shape of the letter dictated the storyboard of the piece. Nonetheless, travels and magical places were the inspiration behind the idea of creating two towering houses united by a secret, subterranean bridge, uniting the two seemingly separate structures. 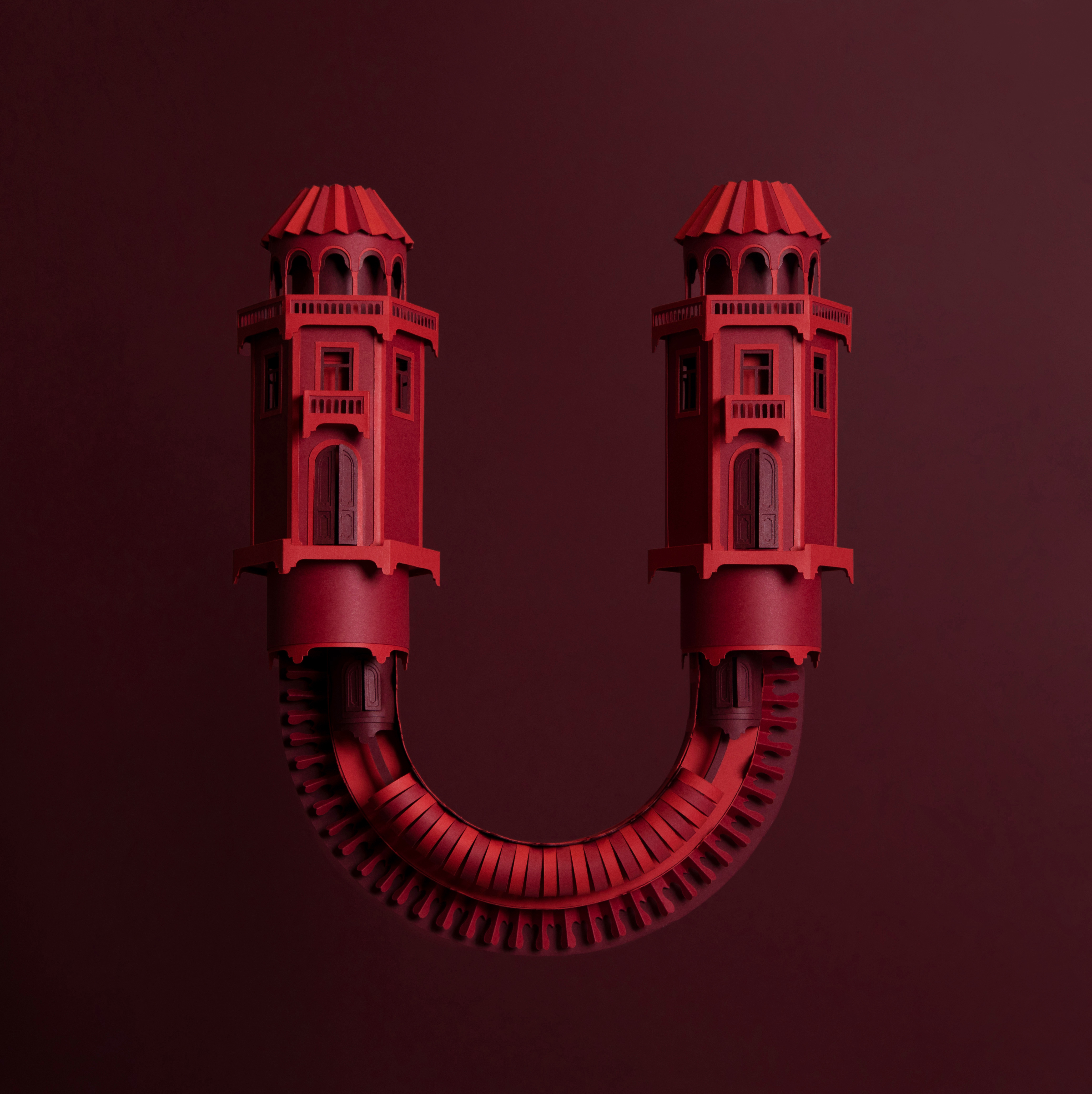 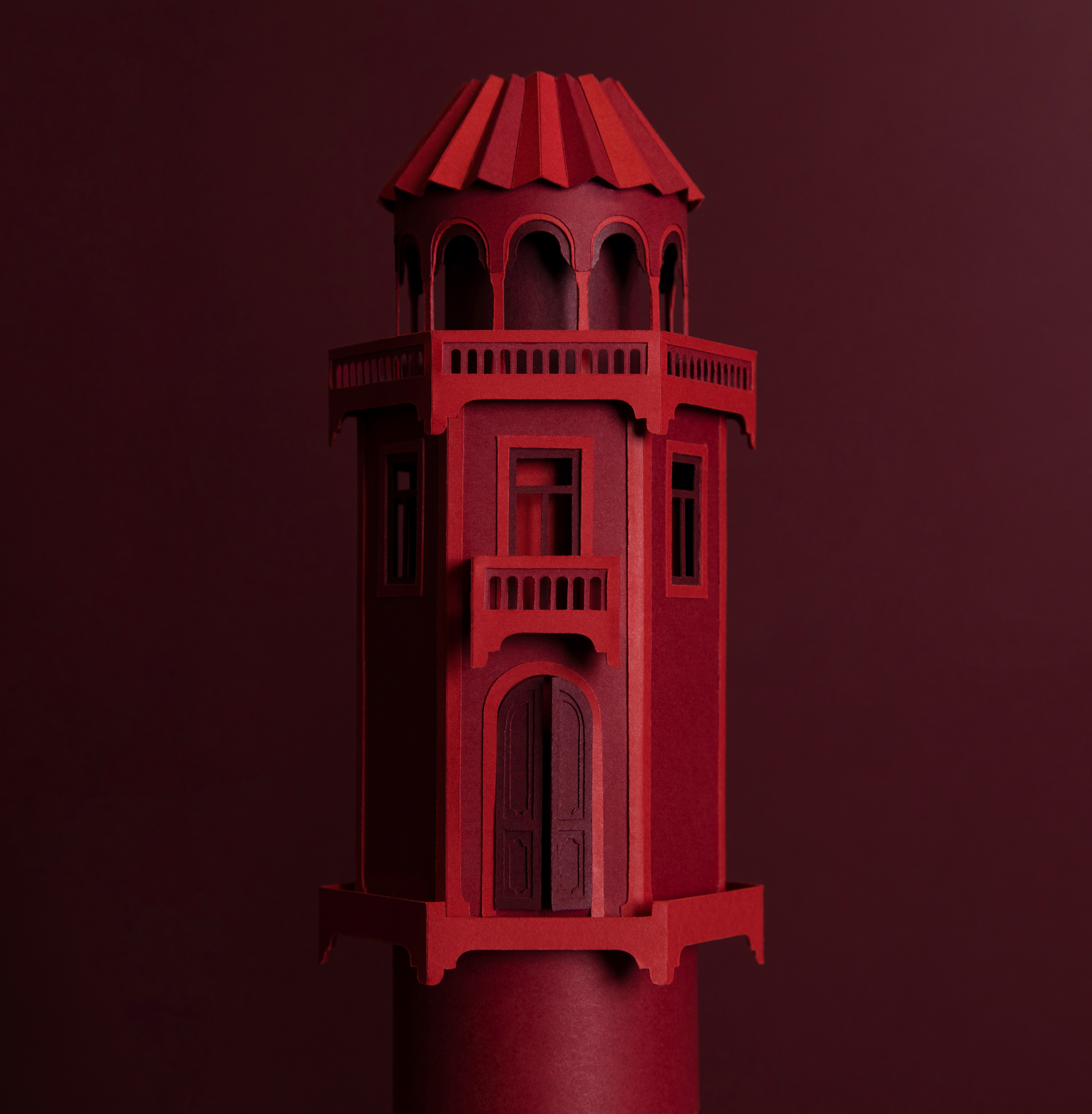 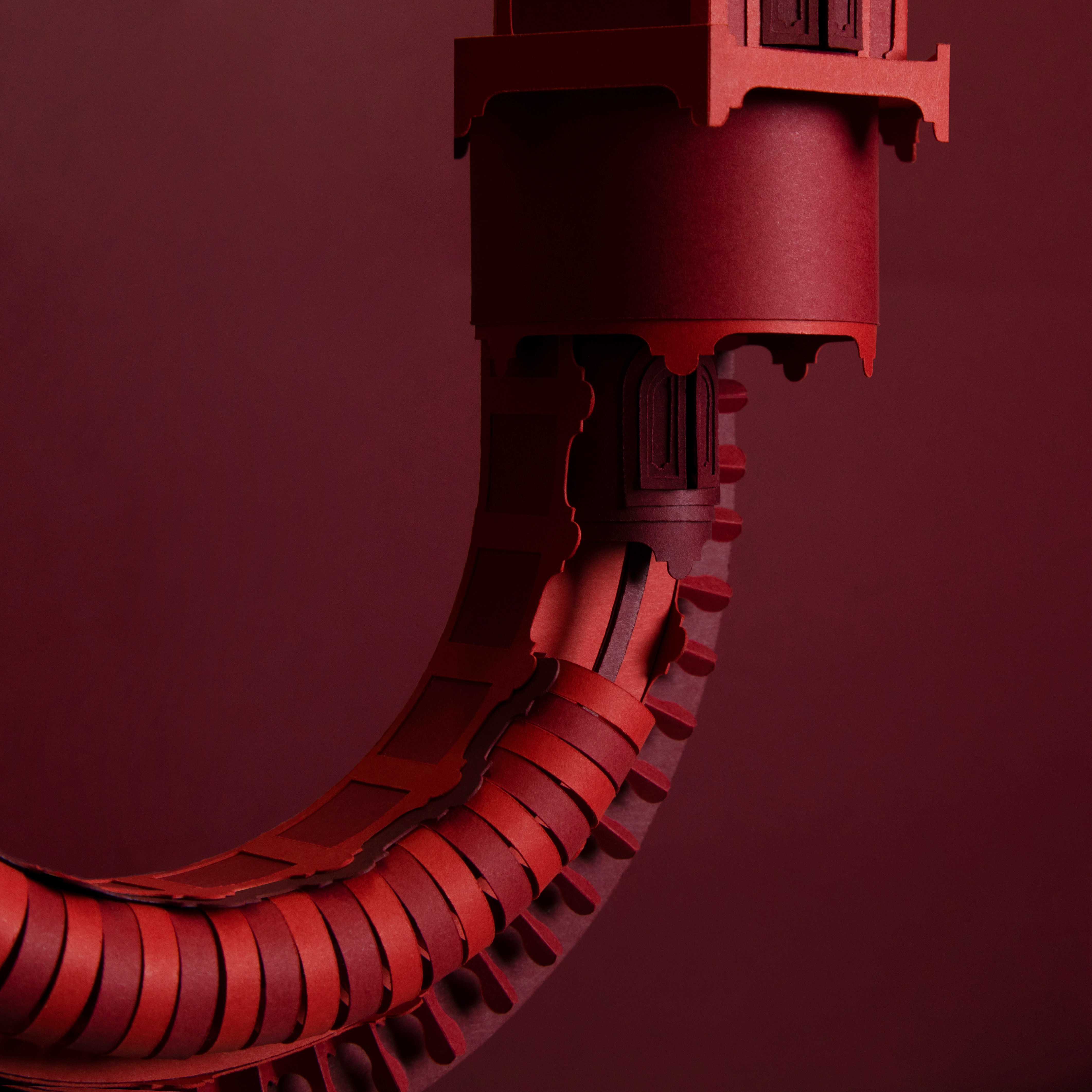 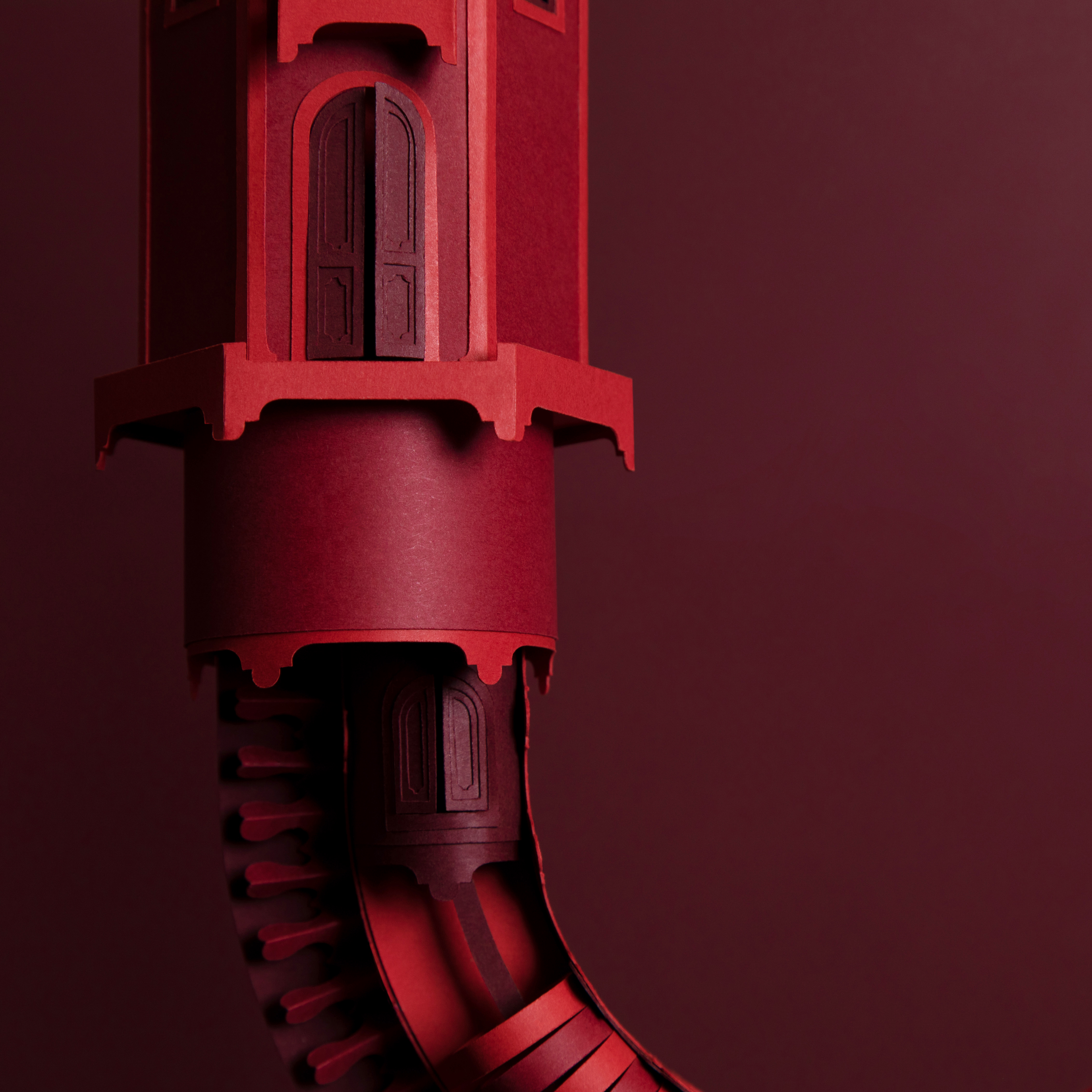 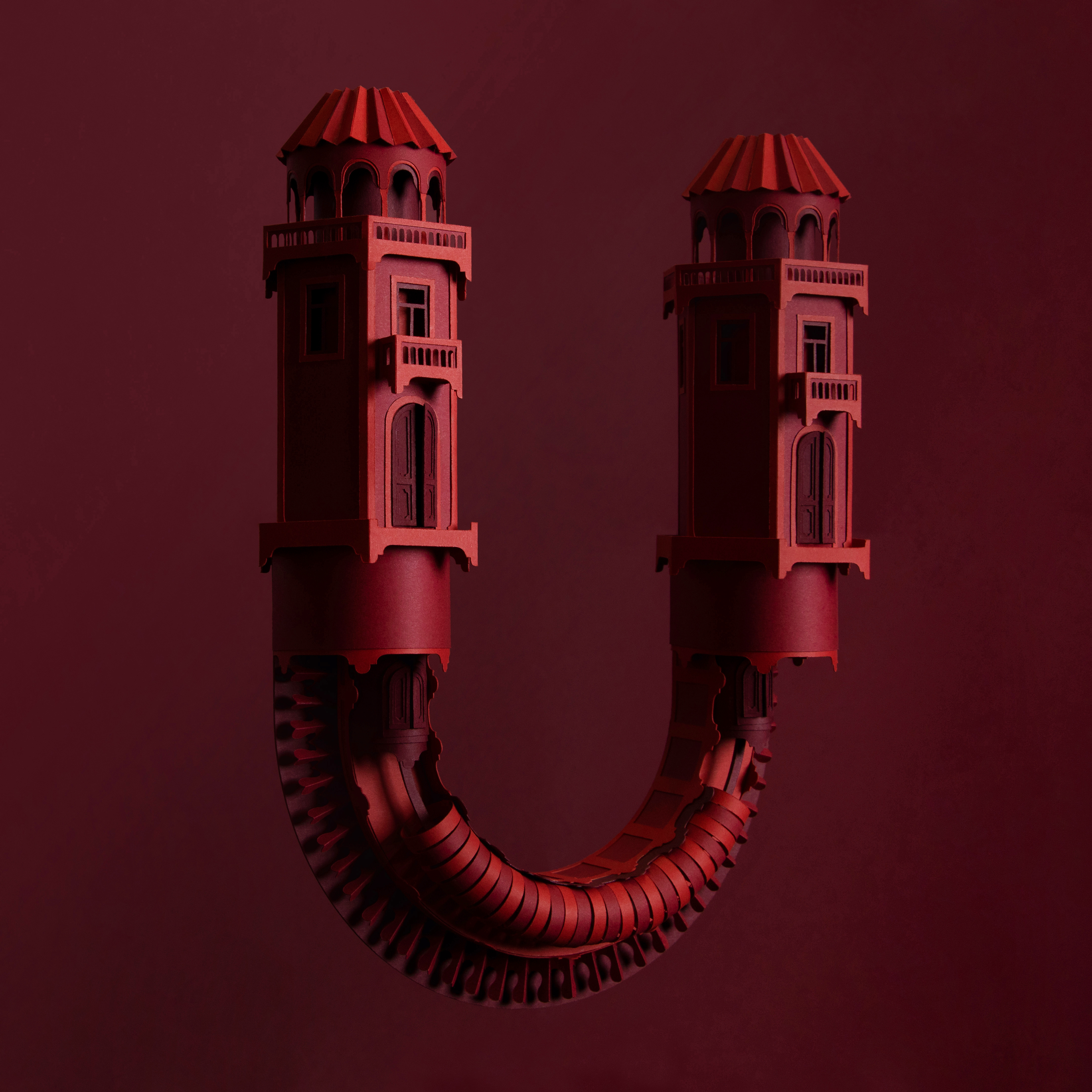